BKM Marketing enters our second year of having a NET ZERO Carbon Footprint!

Global warming is real. And you don’t need to be a scientist to know it’s already here. Earth’s average global surface temperature has risen annually since the 1940s. Nineteen of the 20 warmest years on record all have occurred since 2001.

As we get bombarded by daily news stories about increasing carbon levels in the ozone layer, environmental threats to wildlife populations, and extreme weather events such as wildfires and tornadoes, while coming off the heels of a pandemic that still ravages the world, it’s understandable to be worried about the global environment in 2022.

It’s not all bad news though!

After 4 years of being away from the negotiating table at the United Nations Climate Change Conference, the United States was welcomed back to Glasgow.

And National Geographic outlined several environmental victories from 2021 that can offer us hope:

It’s no secret that BKM Marketing generates millions of direct mail pieces for our clients every year--usually supported by electricity-dependent digital marketing. As our clients’ business grows, our mail and digital marketing programs, and carbon footprint, increase with it...

TO STOP CLIMATE CHANGE, WE MUST CHANGE.

We are a small business. And like everyone else, we’re part of the problem.

We have a responsibility to ourselves and future generations to offset the negative environmental impact we’re causing.

We posted an academic project on Riipen, and received inquiries from as far away as the University of Melbourne in Australia. We selected to partner locally with an MBA class at Suffolk University’s Sawyer School of Business called Building a Greener & More Innovative Business class. Under the optimistic guidance of Professor Bari Bendell, we met with the students and outlined our goals:

WHAT DID WE LEARN?

to the atmosphere every year - the equivalent of... 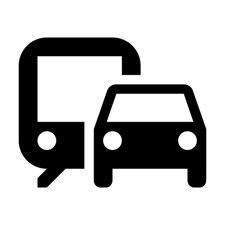 Trees in a Forest

With the students’ help, we learned how to calculate our carbon footprint.

We consider factors relative to our own business and factors related to the services we provide to our clients.

*It’s only possible to calculate our carbon impact by making informed assumptions.

There’s no possible way any business or household can operate without emitting greenhouse gases.

But here’s what we can do:

1. Find ways to reduce our carbon emissions over time

2. Use carbon offsets to mitigate the impact of our emissions today

2. We operate our firm at or below net-zero CO2 emissions via climate-friendly behavior and carbon offsets.

3.  We neutralize the carbon impact of client digital and print marketing programs we manage through forest replenishment and other offsets - at our own expense.

We are grateful to the following organizations whose work helped us with these sustainability calculations: