With the Finnish Paperworkers Union announcing that they would be extending their strike another three weeks, now tentatively ending on February 19th, an already tight paper market has become even tighter.

In an era ripe with the ripple effects of supply chain challenges and on the cusp of a direct mail rebound, this seemingly distant and benign news has a surprising impact on every household and business nationwide.

It is critical to set the foundation - to understand the impact truly, so here goes...

What does this have to do with Finland? | How do you weather the storm? | So, where do you begin?

While the direct mail advertising market has undoubtedly changed over the last few years, and it will continue to change, the message is clear – direct mail remains a cornerstone of marketing.

With COVID-19 continuing to rear its ugly head, two years later, a combination of factors - mailbox appreciation, audience shifts, and workplace shifts - have breathed new life into the traditional medium and its methods. As Jeff Heyman, VP of Product Development and E-Commerce at FedEx Office, explained, “Customers are longing for connection after being home for so long and direct mail gives that to them. It allows businesses to that they are open for business, and how they have adapted their business throughout the pandemic.”

As we enter into 2022, the importance, appreciation, and impact of direct mail have increased exponentially.

Although consumers have been trained to be digital-first, they are not digital-only. In fact, 75% report being overwhelmed by their daily digital ad exposure.

Of those who have become accustomed to video calls, 57% report feeling worn out or fatigued from spending time on video calls. This feeling is very real. “Zoom fatigue” is being reported as potentially part of a more extensive experience - computer-mediated communication (CMC) exhaustion - caused by prolonged use of CMC platforms.

"Digital exhaustion," “digital fatigue,” "Zoom fatigue" - whatever you want to call it - has become a very real part of our "new normal" and Is having a direct impact on consumer behavior. The average consumer receives 605 emails in a given week but only 16.8 pieces of mail. That amounts to receiving 36 emails for every 1 piece of mail in their mailbox.

Consumer sentiment is reflecting a greater appreciation for direct mail. Gallup reports that 41% of consumers say they look forward to checking their mailbox daily - even though USPS reports that almost 60% of mail is marketing mail. Similarly, 59% of Americans enjoy learning about new products via direct mail.

Digital fatigue and chronic ads interruptions in their app and website experience are causing consumers to abandon sites and even brands altogether. This fatigue is reflected in marketers' results.

Direct mail continues to resonate with younger generations. Younger generations, born in the digital age, report that they value touching and holding paper and that this leads to positive feelings about direct mail.

Such positive sentiments are in stark contrast with the 49% of adults under 30 reporting that they are electively cutting back on the time they spend online or on their smartphones.

The Future of Direct Mail: An Opportunity for Unified Marketing Strategy

But this generational shift is not the only significant shift to direct mail services. The last two years brought about unprecedented changes in the workplace – and these shifts are sticking around.

Remote work is here to stay.

Businesses nationwide have begun to accept that things will never return to “normal.”

Working From Home Research Project reports that about 55% of workers will work entirely on site after the pandemic, 30% will have “hybrid” working arrangements, and 15% will be fully remote.

In comparing pre-COVID, peak COVID and post-COVID, the volume of remote “working days” remains substantial. Calculating by “working days,” approximately 5% of working days were remote prior to COVID, 45% during COVID’s peak, and are predicted to be about 28% after COVID (up from an estimated 20% at the start of 2021).

More people are attuned to the home mailbox, with more people working at home. This translates to higher open and response rates – differences that matter.

With hundreds of advertisements flooding inboxes daily, consumers are becoming more and more immune to their effectiveness and subconsciously train themselves to ignore them. 57% of email addresses are abandoned because the users receive too many marketing emails.

Only about 20-30% of marketing emails are opened, while up to 90% of postal mail is opened. And of those 20-30% of opened, only about 44% of recipients can recall a brand immediately after seeing their email advertisement.

Not only does the open rate of direct mail outperform email by upwards of 450%, but direct mail brand recall outperforms email by 170%. Marketing Profs reports that 75% of people who receive direct mail advertisements can recall the brand immediately after seeing the ad, compared to only 44% for digital ads.

Snail mail lingers, and that holds value. Not only are people more receptive to direct mail, but they treat snail mail and email differently.

Digitalization has put pressure on the world’s printing and writing paper trade.

Over the past decade, global imports of printing and writing paper dropped from 47M tonnes in 2010 to 31M tonnes in 2020. In value terms, imports declined to $27.6B.

But in 2021, the direct mail industry saw rapid and consistent changes as a result of:

Disruptive supply shortages, delivery delays, and labor shortages extended “from the front office to the back dock and everyone in between.”

In 2022, as the print industry adapts to changing consumer demands and ongoing economic instability, rapid changes are expected to continue. Demand remains highly volatile, physical supply chains are often disrupted, and continued uncertainty has caused unpredictable events. Throughout 2022, pressure will continue to mount, and COVID-19 variants will continue to resurface.

As 2022 has already made clear to everyone, supply-chain issues are not something we left behind in 2021.

Finland is a key factor in the paper supply market.

Finland's exporting market falls only to Germany (4.2M tonnes) and Indonesia (3.2M tonnes) and is surprisingly significantly larger than the assumed supplier, China (1.8M tonnes). Combined, Germany, Indonesia, and Finland comprise 30% of the global exports, with an estimated value of just under $6 billion annually.

The United States represents the largest importing market in value, with the printing and writing paper import market estimated at $2.9B in 2020.

But indeed, history repeats itself, and the Finnish Transport Workers’ Union announced on January 22, 2022, that they would be commencing a blockade of Finnish ports as of 6 AM, Monday, January 24, 2022, in support of the Finnish Paperworkers’ Union. According to Ismo Kokko, President of the transport workers’ union, this “will last as long as its needed, meaning until the paper workers union and UPM come to an agreement.”

By refusing to handle UPM paper, pulp, or board products, Finland's entire paper supply chain is brought to a standstill. And it will remain that way until an agreement is reached.

Resiliency is key. Supply-chain resiliency must be an essential component of strategic planning in 2022.

WHAT HAVE WE FOUND WORKS?

For over two decades BKM Marketing has delivered integrated marketing, strategic solutions, and analytics, driven by pragmatic strategic insights from industry veterans. We help businesses achieve their goals with solutions that drive action. Let us help you reach yours. 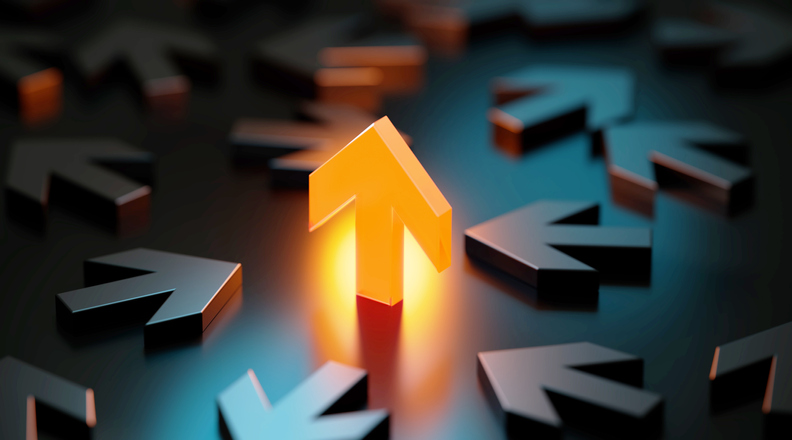 Are you setting your clients up for success?